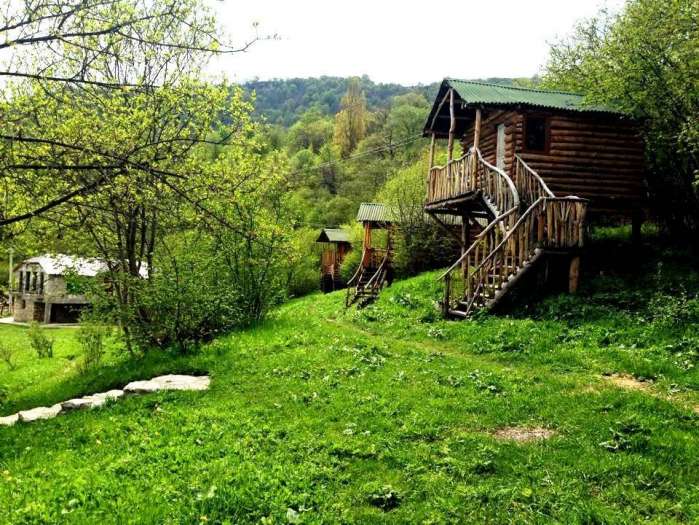 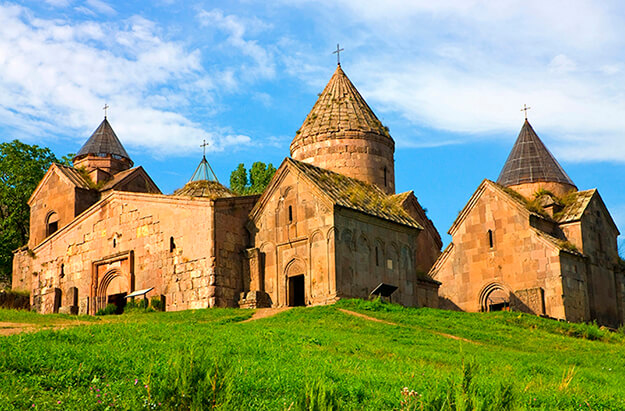 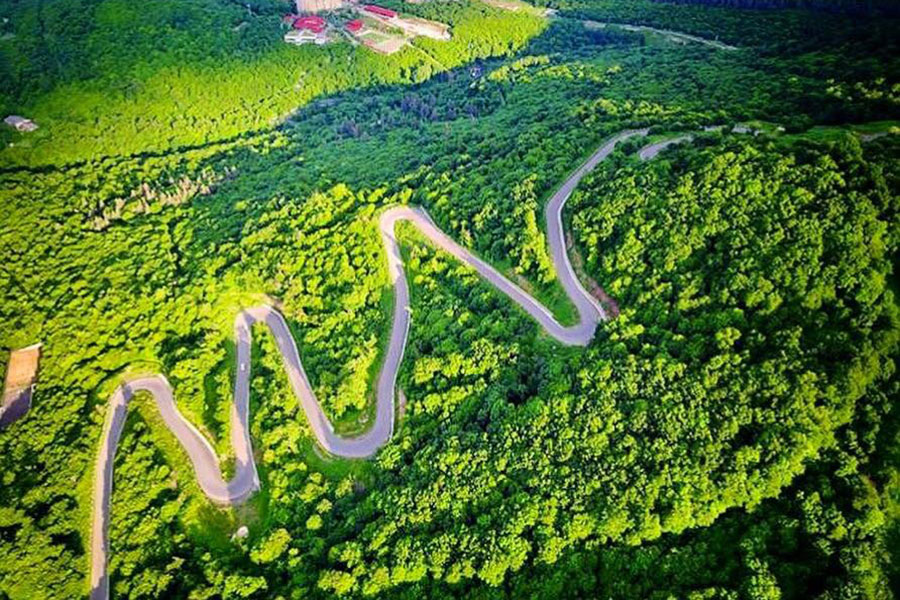 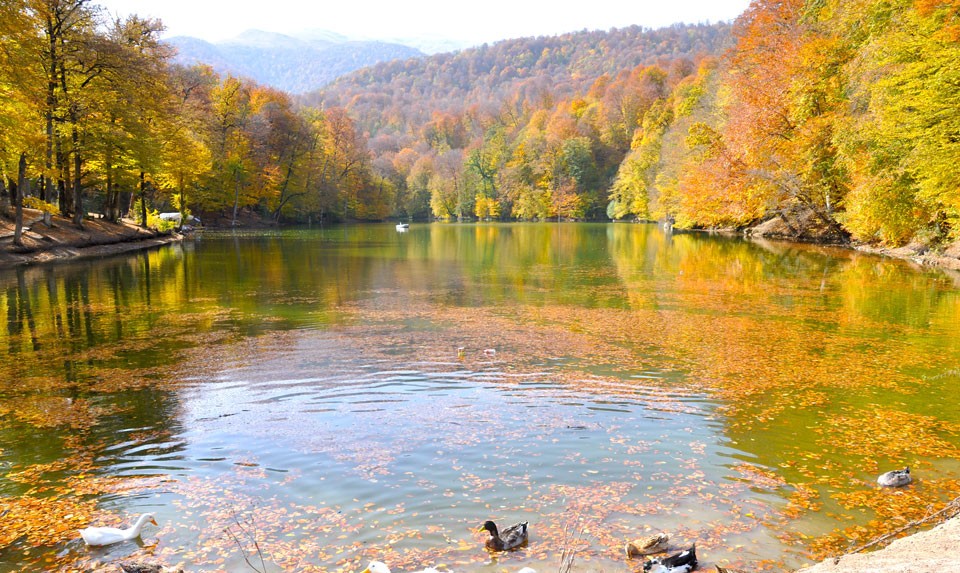 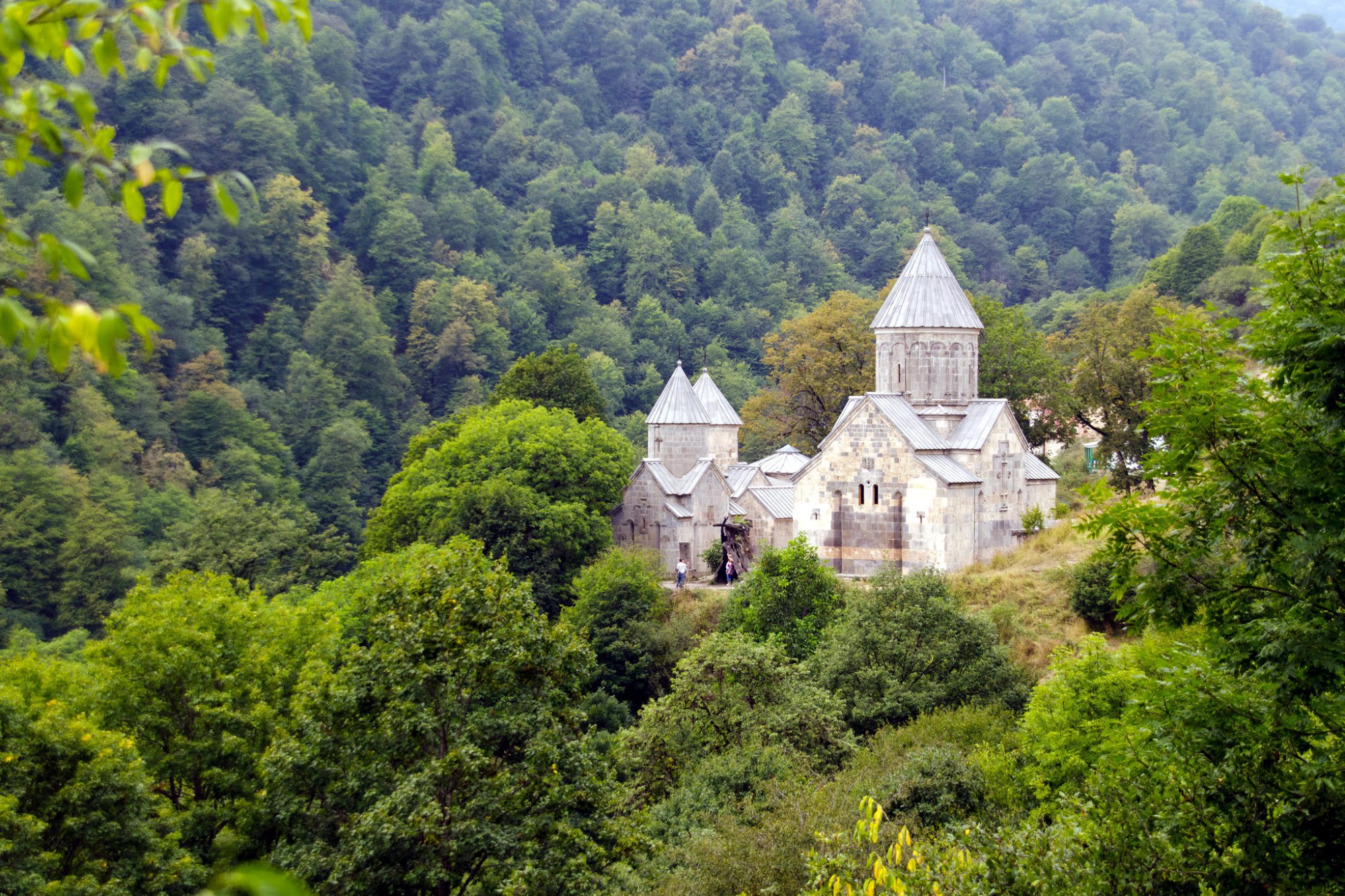 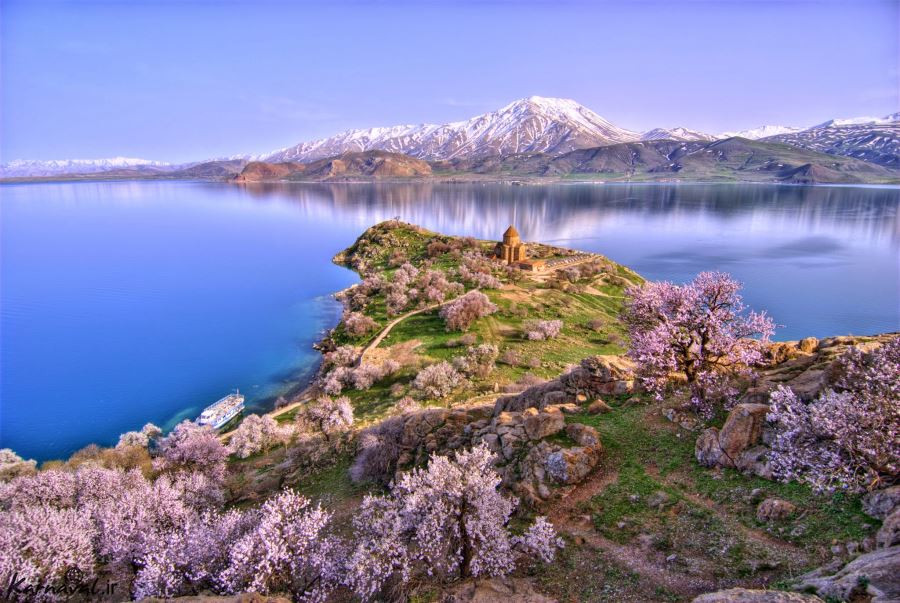 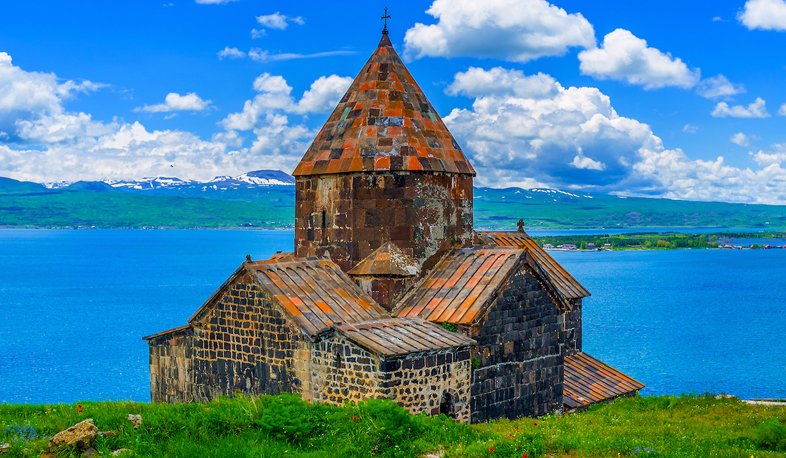 Yenokavan is summer resort in the Tavush Province of Armenia. The village is a few kilometers north of the regional capital of Ijevan, close to the main highway. The canyon behind the village is lush with forest, river and has caves with interesting carvings. Yenokavan is also known for Yell park, where is a wide variety of extreme activities, Zip-line (300 meters above the ground), zorbing, paintball, horseback riding, paragliding, rock climbing, mountain biking, via ferrata. It’s an amazing place for those who dare to exercise themselves.

Goshavank is a 12th- or 13th-century Armenian monastery located in the village of Gosh in the Tavush Province of Armenia. Today the monastery is not a functioning religious complex, although it remains a popular tourist destination and has recently undergone some light restoration. The name of this Armenian monastery Goshavank means "Monastery of Gosh". Previously this place was known as Nor Getik. This is an impressive monastery which has remained in relatively good condition also houses one of the worlds finest examples of a khachkar.

Dilijan is a spa town in the Tavush Province of Armenia. Usually called Armenian Switzerland or Little Switzerland by the locals, it is one of the most important resorts of Armenia. The Sharambeyan street in the centre, has been preserved and maintained as an "old town", complete with craftsmans workshops, a gallery and a museum. Hiking, mountain biking, and picnicking are popular recreational activities. In an ancient popular legend, the name of the town is named after a shepherd called Dili. The shepherd Dili was in love with his masters daughter, however her father was against it and ordered to kill the shepherd. For many days, the sorrowful mother was mourning and looking for her only son all over the area and desperately crying, "Dili jan, Dili jan ... " , where "Jan" is an Armenian endearment term added to the name of a friend or family member. According to the legend the area was later known for his name.

Lake Parz is one of Dilijans most attractive natural sites. It is situated in the northern part of the town at a height of 1,400 metres above sea level. It has an area of 2 hectare sand an average depth of 8 metres. The view of lake is stunning in winter, spring, summer and especially in autumn. Lake Parz is also a heaven for those who love to enjoy peace and silence.

The most famous cultural monument in Gegharkunik province is the Sevanavank monastery. Initially the monastery was built at the southern shore of a small island. After the artificial draining of Lake Sevan, which started in the era of Joseph Stalin, the water level fell about 20 metres, and the island transformed into a peninsula. According to an inscription in one of the churches, the monastery of Sevanavank was founded in 874 by Princess Mariam, the daughter of Ashot I (who became a king a decade later). At the time, Armenia was still struggling to free itself from Arab rule.

Tsaghkadzor is a spa town. It’s one of the most popular health resorts in Armenia, located north of the capital Yerevan in the Kotayk Province. Surrounded with alpine meadows, the town is situated on the southeastern slope of Mount Teghenis, at a height of 1841 meters above sea level. Tsaghkadzor is surrounded by the Tsaghkunyats mountain range from the west, and the town of Hrazdan from the east. Tsaghkadzor literally means valley of flowers or flower canyon in Armenian. The name of Tsaghkadzor is associated with the name of the nearby Tsaghkunyats Mountains, located to the west of the town. The Kecharis Monastery is one of the significant religious complexes of Eastern Armenia located in Tsaghkadzor. Here is the House-museum of Brothers Orbeli, which is dedicated to the Armenian scientists Ruben, Levon and Joseph Orbeli who were native of Tsaghkadzor. One of the popular sights of this wonderful place is ski lift mechanism with height 2819 meters.