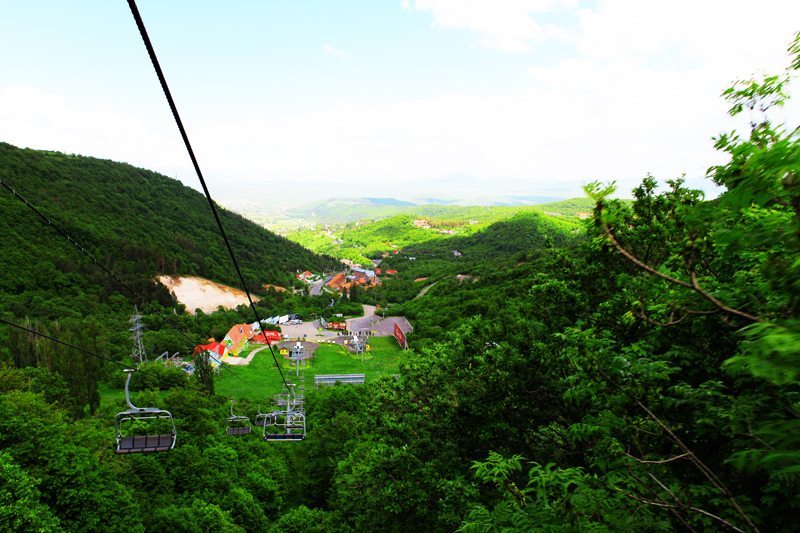 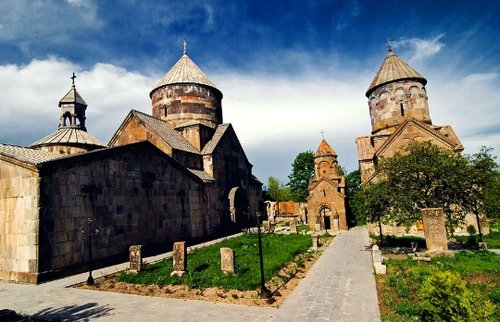 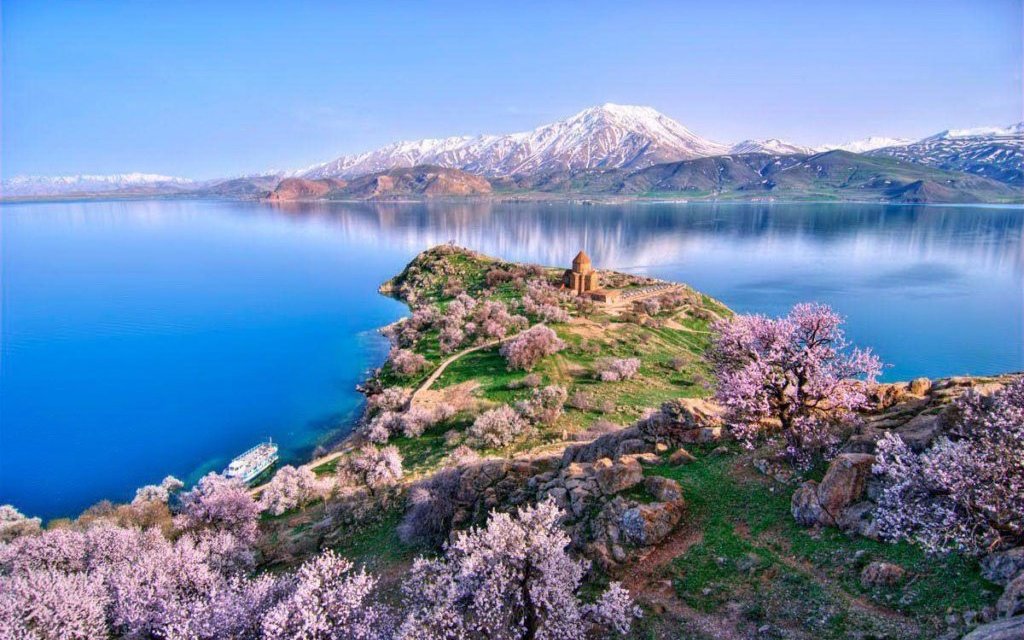 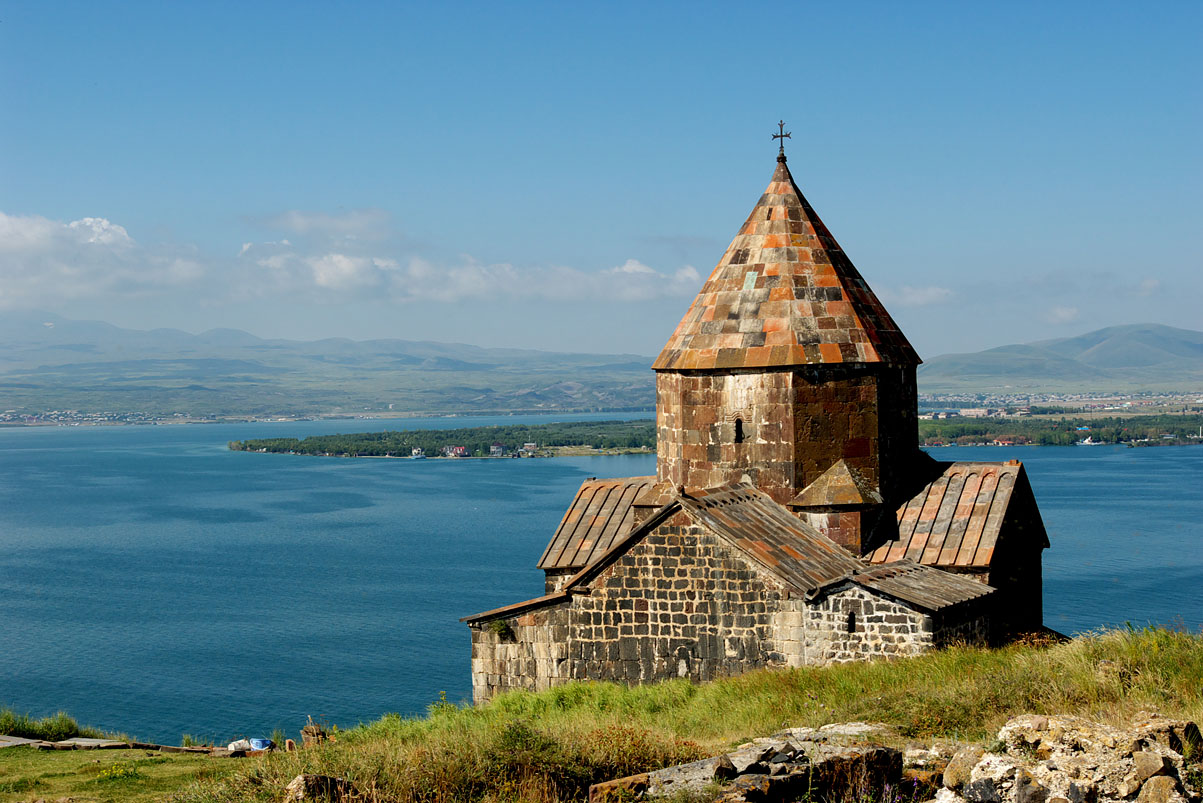 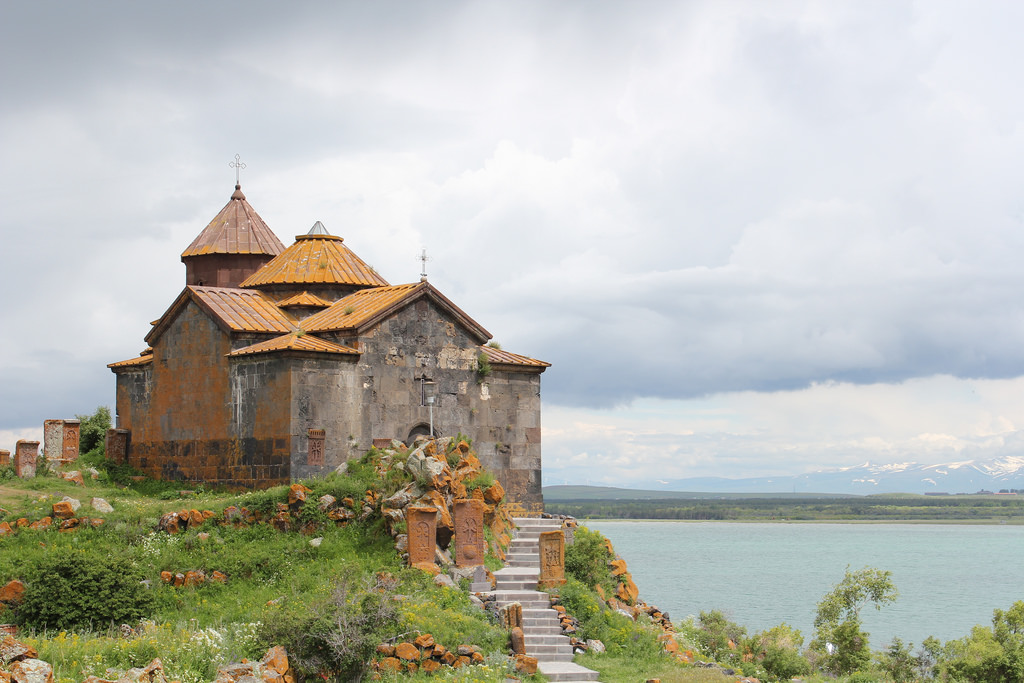 Tsaghkadzor is a spa town. It is one of the most popular health resorts in Armenia, located north of the capital Yerevan in the Kotayk Province. Surrounded with alpine meadows, the town is situated on the southeastern slope of Mount Teghenis, at a height of 1841 meters above sea level. Tsaghkadzor is surrounded by the Tsaghkunyats mountain range from the west, and the town of Hrazdan from the east.Tsaghkadzor literally means valley of flowers or flower canyon in Armenian. The name of Tsaghkadzor is associated with the name of the nearby Tsaghkunyats Mountains, located to the west of the town.

Hayravank is a 9th to 12th century Armenian monastery located just northeast of the village of Hayravank along the southwest shores of Lake Sevan in the Gegharkunik Province of Armenia. The monastery consists of a church, chapel, and gavit. Surrounding the monastery are numerous khachkars and gravestones that are part of a small cemetery. To the northwest a short distance from the site, are the remains of Bronze Age through medieval fortification walls and foundations of a settlement. A polished black vessel of the Early Bronze Age was discovered during archaeological excavations in the area. Weapons of metal and stone, tools, clay idols, numerous vessels, fireplaces and two tombs, all from the Iron Age were discovered in the vicinity as well.