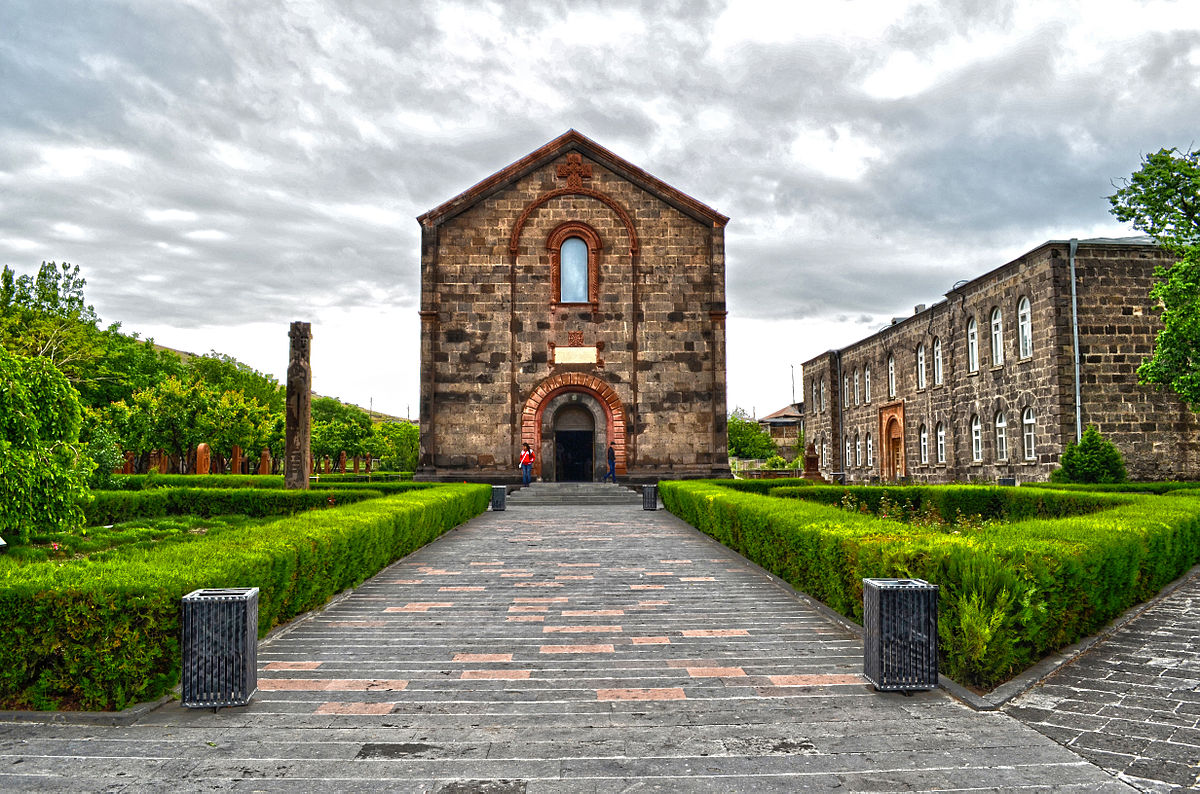 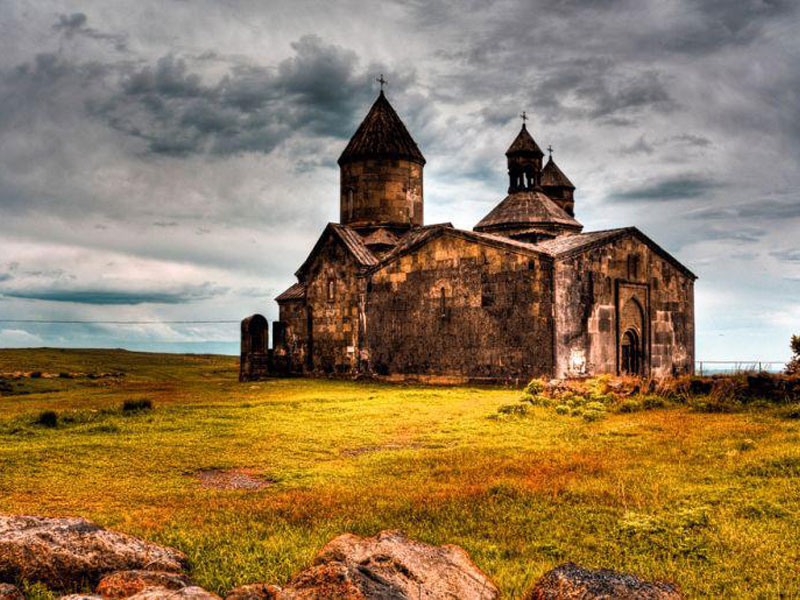 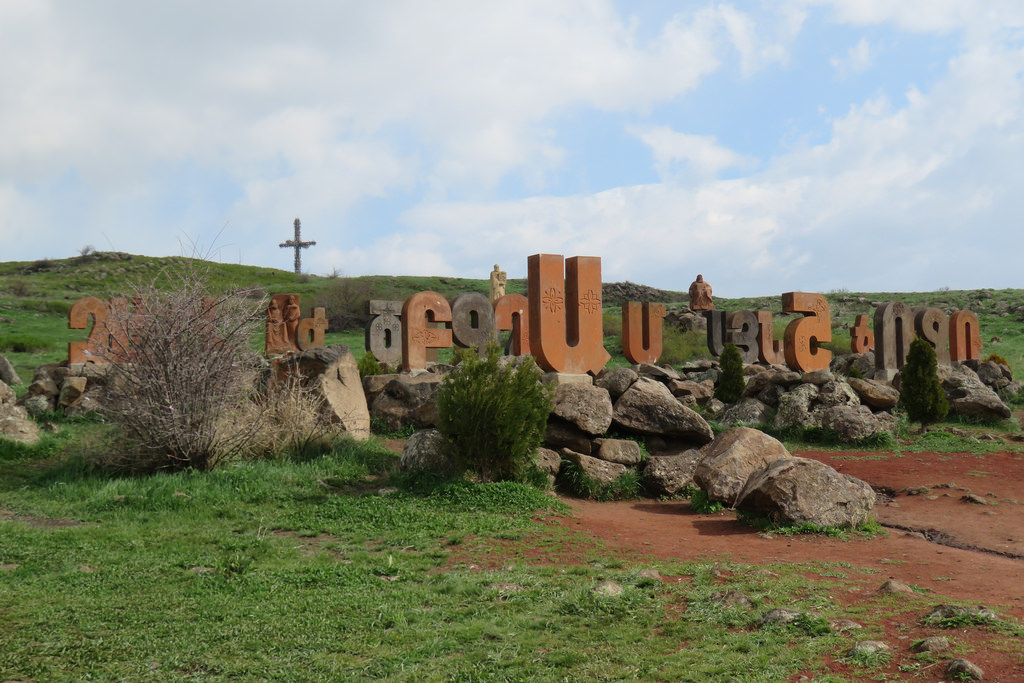 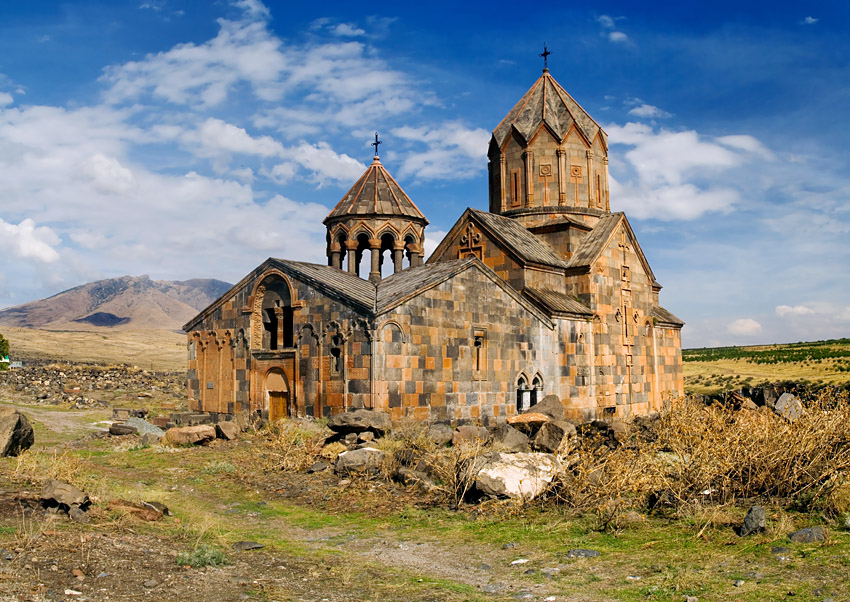 The Saghmosavank literally "monastery of the Psalms"is a 13th-century Armenian monastic complex located in the village of Saghmosavan in the Aragatsotn Province of Armenia. Like the Hovhannavank monastery, Saghmosavank is situated atop the precipitous gorge carved by the Kasagh river. Their silhouettes dominate the adjacent villages and rise sharp against the background of the mountains crowned by Mount Aragats. The main structures of the monasteries erected by Prince Vache Vachutyan—the Church of Zion in Saghmosavank and the Church of Karapet in Hovhannavank—belong to the same type of cross-winged domed structure with two-floor annexes in all the corners of the building. Subcupola space predominates in the interiors of both churches, which is reflected in the exterior shapes of these structures.

Hovhannavank is a medieval monastery located in the village of Ohanavan in the Aragatsotn Province of Armenia. The monastery stands on the edge of the Kasagh River canyon, and its territory is adjacent to the village of Ohanavan. The deep gorge is carved by the Kasagh River. The oldest part of the monastery is the single nave basilica of St. Karapet that was founded at the beginning of the fourth century. The centerpiece of the monastery is the Cathedral built between 1216 and. The Cathedral has a cruciform floor plan, with two storey sacristies in each of the four extensions of the church. The dome has an umbrella-shaped roof, which is unique to Armenian churches. The monastery walls are covered with rich lapidary inscriptions.